On a cool morning in March 2017, I was traveling towards home after a productive photo safari. I chanced upon three Mule Deer, Odocoileus hemionus, in a field of winter wheat. The morning was cool and the wind was blowing. All three deer were bedded down in the wide open space of this field. Naturally, I was struck by this opportunity, I parked near by, and began to approach these deer. The older female pictured here was the first to jump up, she studied me closely as I approached. She didn’t look too pleased to see me. 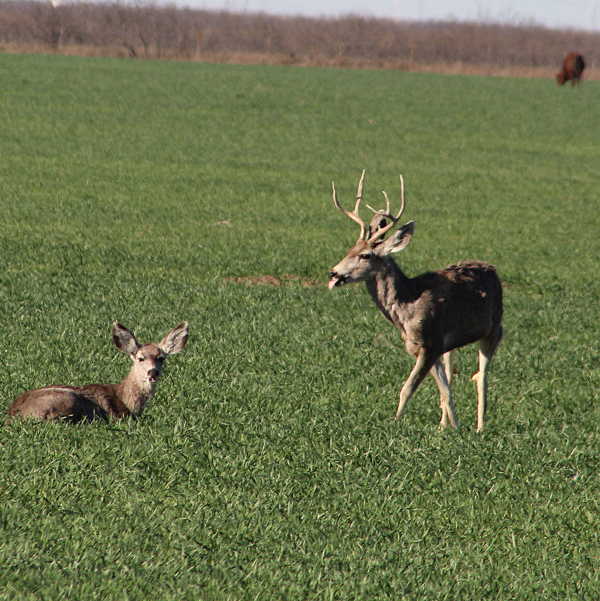 The eight-point male was the second to arise and begin browsing the winter wheat. In this picture, the younger female is bedded down where they were when I first saw them. The male looks like he is sticking his tongue out at me but he had just been grazing on the winter wheat.

Throughout my years in the field, I had always encountered deer droppings in neat little piles. I have seen cattle do their business and I figured that deer did theirs the same way, and it always made me wonder how they got theirs to land in such neat little piles. As you can see, their method of delivery is much like I’ve seen many a dog or cat use. Needless to say, I am no longer curious how they make those neat little piles of droppings. 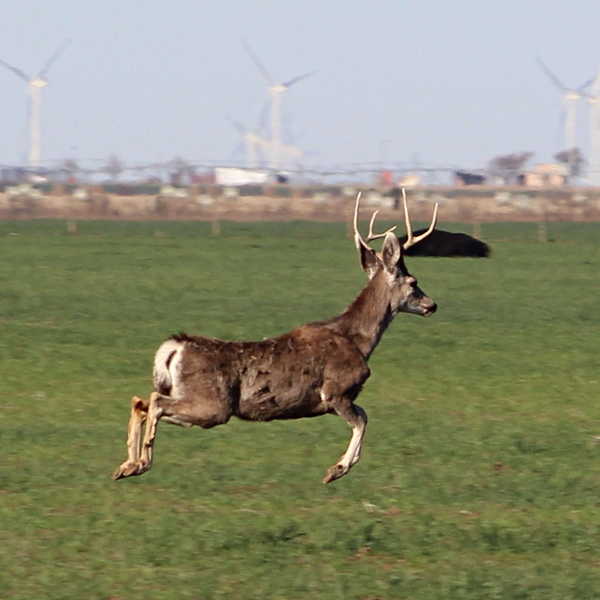 The last picture shows the young buck with all four feet off of the ground as he and the females left my vicinity because I had broken their fight or flight barrier.