The Green Anole, Anolis carolinensis carolinensis is a relative of the Iguana that lives in the forests of the southern United States. I photographed this little fella on some wire fencing at a park in Fort Worth, Texas. 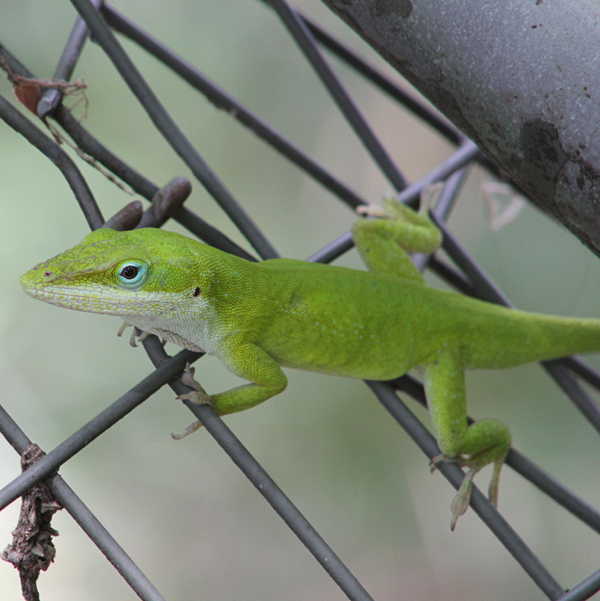 These lizards live in the tops of trees and on their trunks as well as on shrubbery and other vegetation near them. They feed upon all kinds of insects and spiders and like to pounce on their prey from above. The genus Anolis has over 15 species in it and Anolis carolinensis had its entire genome sequenced in 2011.

Pictured here is a male who has extended his gular fan to warn me to approach no further. These little fellas will press their bodies flat, bob their heads, and flash their gular fans at other lizards or photographers invading their territory. If that doesn’t work, they will attack and try to drive their unwanted guest away. In my case, he chose to flee since I had him beat on size. Females have a gular fan, too. It is one third the size of the males’ and white.