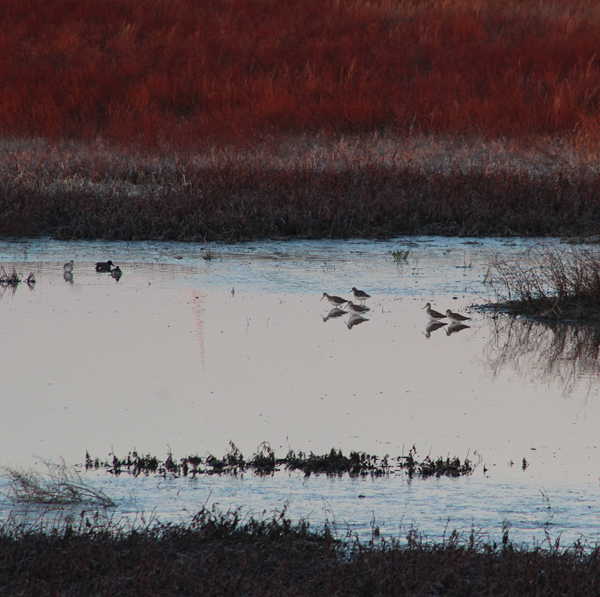 Greater Yellowlegs are medium sized shore birds that winter in South America and migrate through the lower 48 states of the U. S. on their way north to Canada and southeastern Alaska to their breeding grounds. They are about the size of Green-winged Teal seen above and have long, lemon yellow legs for wading in the wetland, shoreline environments they inhabit.

Greater Yellowlegs, Tringa melanoleuca, are built on the sandpiper plan but their markings are less distinct. They are mottled grey and white above and their unstriped wings appear dark from below when they are in flight. In this picture, you can see the whitish tail and rump of the bird in flight which helps to distinguish them in the field. Their long narrow bill, long yellow legs, and their size makes them distinct from the other members of the Sandpiper family (Scolopacidae). 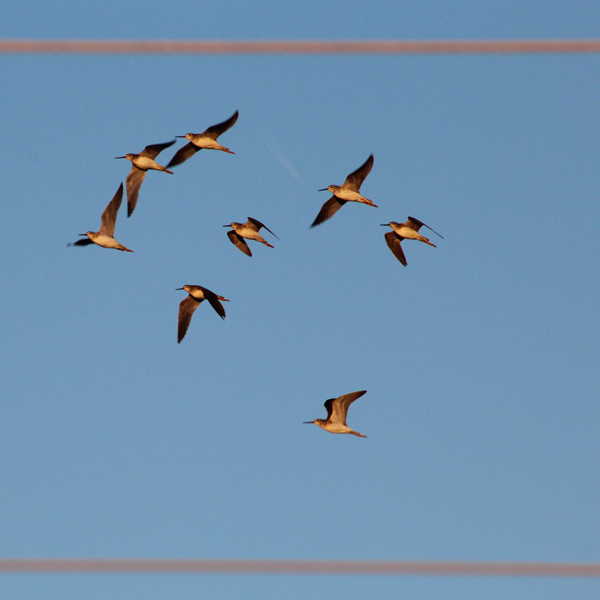 These medium sized shorebirds like to hunt for small fish, frogs, crustaceans, worms, insects, and other invertebrates in the marshes and other wetland environments they visit on their way north. Berries and seeds are also used to supplement their diet. You can see them in Texas during March through May and July through October as they migrate throughout the state.