Koi are domesicated carp, Cyprinus carpio. While carp have been aquacultured in China for over 1000 years, Koi come from Japanese stocks which have been raised since the 1820’s. They are grouped into varieties based on their color, color combinations and patterns, and the patterns of their scales. Their colors can include white, black, red, yellow, blue and cream. 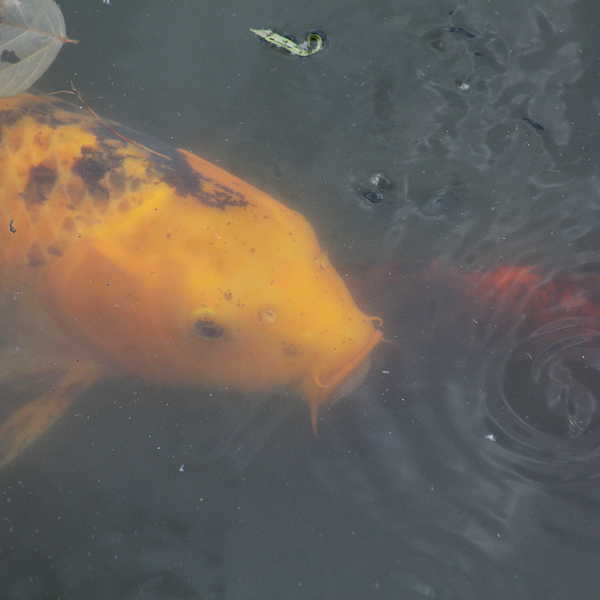 Carp originated in Europe and Asia and were raised for food. They prefer cold water but can adapt and survive in many different climates. Long cold winters can impair their survival.

Common carp have been deliberately or accidentally released into the wild on every continent except Antarctica. They revert to their wild colorations within a few generations. Carp can disrupt ecosystems by their bottom feeding habits which stirs up sediment into the waters. This can change the kinds of aquatic plant life and other creatures because of the murky water. They have become a pest species or invasive species in some areas and have become an expensive control or eradication project in others.