Dragonflies are truly valuable parts of freshwater environments. They spend the longest part of their lifecycle as underwater predators that feed on the larvae of mosquitos and other insects. As adults, they prey on mosquitos and other flying insects. Without their help, we would be covered in mosquito bites and swatting annoying flies.

In the image above is a member of the species Libellula saturata, or Flame Skimmer. I was astounded when I first saw this species because I had never seen an orange one before. 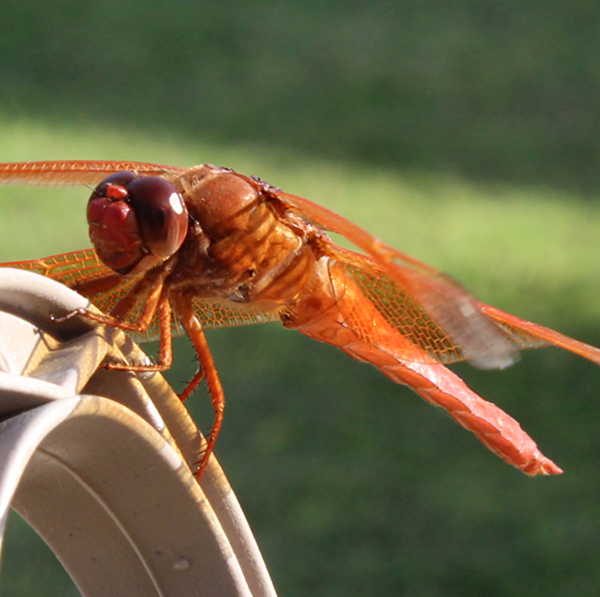 In this image you can see the first 3 pairs of legs that are shorter than the rearmost legs. They form a basket when the dragonfly is in flight which they use to capture prey. 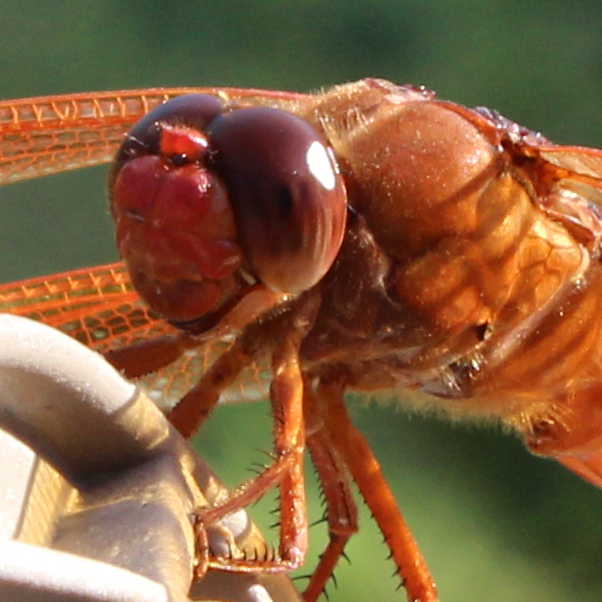 Notice the huge compound eyes that meet at the top of the head. This is a characteristic of the Libellulidae or Skimmer family. This family has over 1000 species and is found all over the world. In North America there are 109 species in this family. Also, notice the formidable mouth parts for munching mosquitos and annoying flies. 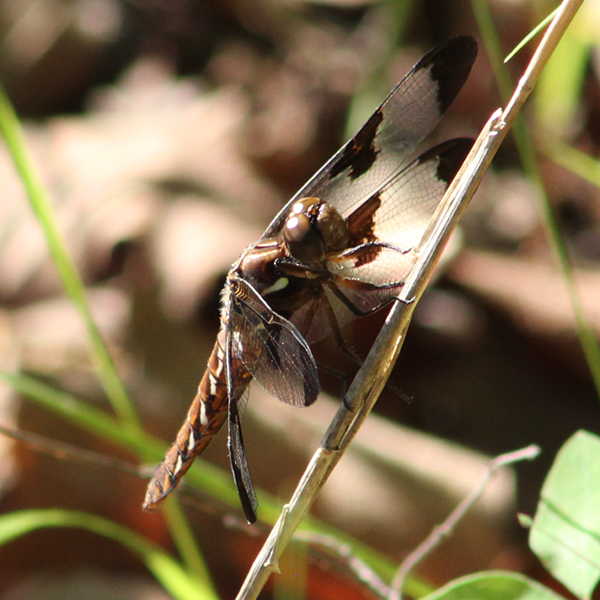 Here is an example of Libellula pulchella, the Twelve-spotted Skimmer. Notice the color patches on the wings. These and the spots on the abdomen help identify this species.

Here is the same species from a different angle. Dragonflies are prone to perching where they can warm up in the sun. This photograph was taken on a cool April morning. When they are warm, they are harder to approach and photograph. This makes them a challenge.

This is and example of a female White-tailed Skimmer. It is a Libellulid as well. Look at the eyes, they meet at the top of the head.

Here is a male of Plathemis lydia, or White-tailed Skimmer. Notice the differences between the abdominal coloration on the male and female. Dragonflies can be sexually dimorphic which means the males and females while similar in body and wing can look very different from one another in terms of coloration. 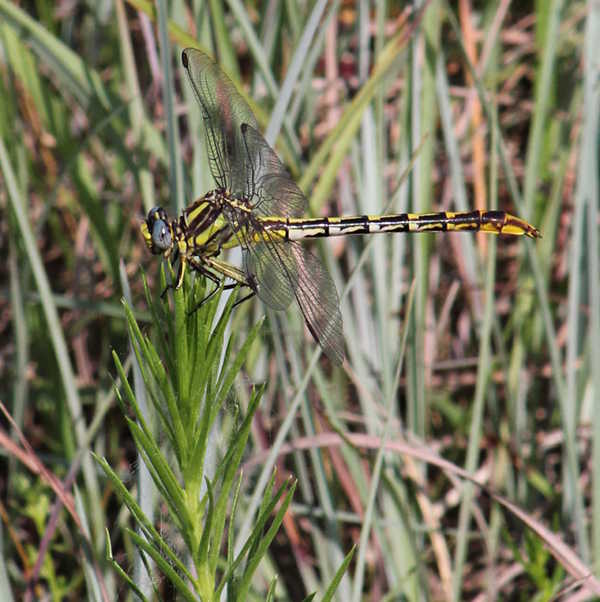 This an example of Phanogomphus exilis in the Club Lancet family, Gomphidae. Notice the eye color and wing placement on the body. This species also has yellow accent striping on the body and tail.

As you might of guessed, I love dragonflies because they eat mosquitos and other biting flies. I also love them because of their colors and the challenge they present in photographing them. What you have seen here is the culmination of some judicious stalking and being lucky enough to catch these guys before they flew off.